(This is an old post that I put together a while back that I thought I would share again – AND, I’m testing something out 🙂 ) 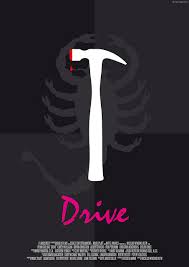 1) A year or so ago, I was reading something on the upcominghorrormovies site, I can’t remember what movie it was but one of their reviewers gave it a 10 out of 10 and then some asshole came around on the message boards griping about how giving something a 10/10 means “it’s the perfect movie” and “(the reviewer) mentioned flaws so how could it logically be a perfect 10” and how stupid the reviewer is and whatever else – troll. I don’t do this for a newspaper or TV show or anything else, so my FIVE out of FIVE means that I thought this movie was fucking FANTASTIC – despite a few things I could have, personally, lived without. When I first watched “KICK ASS” however long ago on a Friday night, I got up and posted my thoughts on our old website, then watched it Saturday night and again on Sunday I liked it so much – 5 TH. When I first saw “Frozen” I liked it so much I watched it twice in one day – 5 TH. After I saw “RED” in the theaters, I waited patiently for it to be released on BLU-RAY and I bought it – I’ve probably seen it ten times – 5 TH. So – this guy LOVED “Drive” and I wish it wasn’t Sunday, because I would love to watch it again. Maybe I even will while the wife watches the Grammys.

2) I put off seeing this because I don’t like it when papers or commercials or people I work with or whatever tell me what “I have to watch” and “what I’ll like” – that pretty much puts me off and makes me not want to watch or eat somewhere or go someplace and then when I do, it’s pre-tainted and I don’t enjoy it just for spite. I have never cared for Ryan Gossling (until now – please do something like this again), I have never, ever liked Albert Brooks (he did EXCELLENT in this) and, despite the MPAA  advisory of: Rated R for strong brutal bloody violence, language and some nudity, the concept wasn’t a catalyst for making me want to run out and see this (can I use two colons in one sentence?): “A mysterious Hollywood stuntman, mechanic and getaway driver lands himself in trouble when he helps out his neighbor.”

3) I can never really tell, but I think the poster above is “fan art” and I would never want to steal anyone’s fine work – so – all rights reserved to whoever made that poster (which sells me much more than what I’ll try to remember to post below).

4) This movie stars strong-but-silent Ryan Gossling (as “Driver”), petite-and-perfect Carey Mulligan (Irene), where-did-this-come-from Albert Brooks (Bernie), a great-and-oh-man-sympathetic Bryan Cranston (Shannon) and is-this-guy-in-9-out-of-10-distributed-movies Ron Perlman (Nino). Trust me – the entire cast did fantastic – especially considering (thank you gods of the west) there is very little dialogue and most of the interactions come via long, (I love it!) effective slow motion and face acting. Despite how good Gossling, Mulligan, Cranston and Brooks are, the Top Hats need to go off to the director Nicolas Winding Refn (also the director of the strange but brutal “Valhalla Rising” which was probably better than how I reviewed it, but I just didn’t quite get it). I thought the direction of this was incredible and (if you know me by reading these) the use of slow motion throughout the entire film was just plain bad ass, especially that hotel room scene.

5) I feel I should mention two of the support: Oscar Isaac (no relation) as the character “Standard” and Christina Hendricks (from Mad Men) as “Blanche” who has two, for lack of better words, wicked-awesome scenes: one (that I rewound) in the back seat of a car and then the first “WHAT!-brutal-violence-shot” of the movie. After reading the  advisory, I thought we were in for a gruesome, special effect “arm break” or something, but – NOPE.  To be sure – the violence in this starts about half way in, and it’s tough to look at.

6) The score for this is absolutely perfect in building the tension. The deep, tumbling bass really enhanced the feel of the long (beautifully long) set-ups leading up to the big payoff in whatever happened to be going on at the time. Now – a quick definition from Wiki: “A film score (also sometimes called background music or incidental music) is original music written specifically to accompany a film, forming part of the film’s soundtrack, which also usually includes dialogue and sound effects. The score comprises a number of orchestral, instrumental or choral pieces called cues which are timed to begin and end at specific points during the film in order to enhance the dramatic narrative and the emotional impact of the scene in question. Songs are usually not considered part of the film’s score, although songs do also form part of the film’s soundtrack.” One thing that didn’t fit in Drive – the “songs” used infrequently in here do not, whatsoever fit the tone of this movie. They sound like shitty old 80’s synth-pop (think Tangerine Dream) and  should have just been omitted altogether.

7) To many people (if not most), the lack of words coming out of Gossling’s mouth might be off-putting. He stares and stares and and mumbles “mm-hmm” and does some more staring and then, for good measure, some more staring, but this really, really works if you give it time. In the third act, when he finally does do some talking – the previous “lack of” renders this very effective. Another thing with the lack of dialogue, towards the end, one character is about to get their comeuppance on the beach, and there’s none of the cheap “PLEASE PLEASE SPARE ME I’LL GIVE YOU ANYTHING! ANYTHING YOU WANT!!’ bullshit – it’s just done very well.

8) To mention a “flaw” – Drive starts off very tense: Gossling is a Driver for whoever hires him, he doesn’t care or question what’s going on, he just drives thugs away from what  thievery they have to do. After the first one, he moves in to a new apartment and meets Mulligan and her kid. The next thirty or so minutes of “character interaction and emotional set up” are pretty uneventful. So uneventful in fact that I almost feel asleep. That’s not me being a dickhead and posting “this movie is so boring I fell asleep during it!!!!” This is me saying that I was laying on the couch during a 20 degree outside afternoon, by the fire, nothing was happening onscreen and I was so comfortable I almost dozed off. Then – at minute 40-something, this picks up and gets 5 out of 5 awesome.

9) I don’t think I need to write another thousand words about the plot – just see this. Gossling is a bad ass who only talks when he has something important to say. Mulligan is his sweet next door neighbor with an ex-con husband (Isaac), they all mingle and things go bad with some wanna be crime-lords (Brooks and Perlman). Cranston is the never-got-lucky, hard times fellow who just wants to make some money and Hendricks is just around for a little bit as a good looking redheaded crook. Things don’t go well for most of the characters in this and it really is incredibly violent. If you watch this, you will see a very well made Motion Picture – but be prepared for some blood.

This didn’t entice me to overcome my withdrawals: 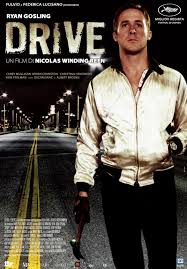 I do like this one, but it wouldn’t have changed anything either: